It wasn’t just the icy cold weather that sent shivers down the spine of our New Zealand visitor on Wednesday; the memory of England’s remarkable cricket test match victory over the Kiwis the previous day had, according to Peter Kyle, much the same effect on him.

But the visit to the National School of the Arts to take a look at the seedling farm, to induct Glen Meyer into New Dawn and to see the creative force that is the school, just as plainly warmed his heart and that of his wife, Margaret.

He said he’d visited South Africa numerous times over the past 30 years after relocating to Washington DC from his native New Zealand.

He had asked to visit the Leeuwkop prison and after high level planning and negotiations, finally had the necessary permission, only for a case of Covid in the maximum security section to scupper the visit at the last moment.

Joan Sainsbury and Brenda Sakellarides jumped in and then arranged the visit to the NSA, which showcased the Rotary Club of Johannesburg New Dawn’s growing involvement there.

The day started off with a chilly visit to the seedling tunnel and the induction. After his induction, Glen said the seedling project could already serve some 15 urban farms within a 5km radius of the NSA. What’s more, it will begin to create employment opportunities as the project grows. Although it is both a district and inter-club initiative, New Dawn has taken a leading role and it is a project to be proud of.

In his remarks on the seedling farm, Peter congratulated the club on the project. “It is something to be very proud of, and I love that it is so community based.”

A tour of the music rooms at the NSA followed and it was inspirational to see how much effort Judy Symons has already put into brightening up and resurrecting one of the rooms in a short while.

Then followed a visit to the main music room to see the Steinway Grand Piano that Brenda spoke about to the club a few weeks ago when she was the speaker. In short, the piano, worth well over R2 million, needs at least R200 000 worth of work to return it to its former glory and authentic state.

That translates to about $13 000, a sum that Peter Kyle said he was sure many clubs in America would love to donate.

The magical musical tour was followed by a visit to the art room where the students’ astonishing creativity was on display and finally to the hall where Peter and Margaret were presented with portraits of themselves done by an inmate at Leeuwkop.

After a short but powerful dance exhibition it was time to leave with warm hearts, great intentions and much food for thought even if the weather still didn’t reflect that.

At the meeting earlier Paul Chinn did a presentation on climate change that he had prepared as an introduction to the speaker, who unfortunately had to cancel his talk. Hendri Engelbrecht, who was to address the club on the benefits of solar power, has promised to reschedule for a later date, possibly in July or August.

Climate change, he emphasised, is not a theoretical possibility; it is something that is happening here and now and way more rapidly than we realise. It is a clear and present danger.

Evidence of this is the recent floods in KwaZulu-Natal, where it is estimated that climate change has doubled the likelihood of devastating floods in South Africa and the ever increasing forest and veld fires especially in the Western Cape. “These events have brought home that this is a here and now problem,” Paul said.

On a more personal note, a devastating winter fire swept over the Helderberg between Somerset West and Stellenbosch last week, destroying 2000 ha of veld and many acres of prime vineyards, threatening gardens and homes in the valley and especially the Mont Fleur Conference Centre that belongs to good friends of ours.

A more insidious effect of climate change is that it affects peoples’ health because of greenhouse gases, Paul said. It tends, as ever, to affect the poorest most of all, and women in particular.

He said mankind had more than doubled the amount of carbon dioxide in the atmosphere in the last century and that coal, on which South Africa is so reliant for electricity generation, is the dirtiest of all the fossil fuels.

South Africa is the 7th largest coal producer in the world and is 86% reliant on coal for electricity, despite which the cost of electricity is riseng rapidly in contrast to the UK, where the last three coal generation plants will be closed by next year, and where the cost of generating electricity has remained fairly flat.

The speaker next week is Dr. Anne Biccard, a medical doctor who recently published her third book on her experiences in the Emergency Room, this time covering the Covid years. 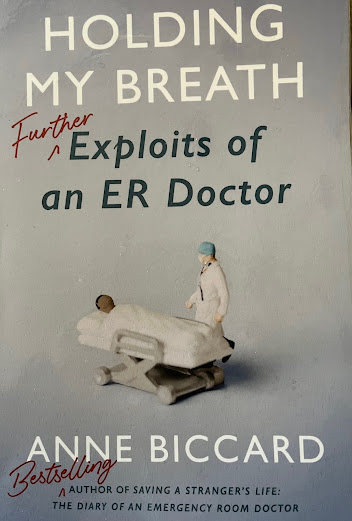 Wednesday, 29 June is fast approaching and that is when we will be inducting Julian Nagy as the New Dawn president for 2022/2023. It is an opportunity to look forward to a new Rotary year, but also a chance to look back at the achievements of the past two years, difficult years by all measures but providing many highlights for the club.

It is above all an opportunity for fellowship, a plate of curry from the buffet and a glass of your favourite something from the cash bar (except that Parkview Golf Club no longer accepts cash, so bring your credit card).

The induction of a new president is always a highlight of the year and this one promises no less. Be there!

A Thought for the Week: Each day is the scholar of yesterday.