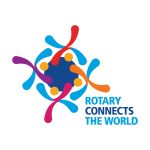 The Rotary Club of Johannesburg New Dawn was chartered on January 20, 2009, by the Rotary Club of Morningside, whose then President Adele Thomas inducted Rtn Don Lindsay as the club’s first President. The name New Dawn reflects the club’s commitment to being a place where Rotarians of any race, creed, gender, and age will feel comfortable and welcome.

We are a group of diverse professional people, united in friendship and a sense of giving back. We aim to ensure that the main focus of the club’s energies will be on service to the community.  The name New Dawn also reflects the club’s commitment to being a place where Rotarians can have fun while at the same time serving the community

Our mission is to transform communities by empowering young people.
We aim to provide:

We want to walk to the beat of a different drum.

We want to make a sustainable difference for young people in Africa.

New Dawn will be the Rotary Club which changes the image of Rotary in Africa.

The Paul Harris Fellowship was established in 1957 to show appreciation for and to encourage contributions to what was then the Foundation’s only programme, Rotary Foundation Fellowships for Advanced Study, the precursor to Ambassadorial Scholarships.
The first Paul Harris Fellows include 1937-38 RI Director Allison G Brush and longtime RI Treasurer Rufus F Chapin, both for donations made in 1946. Mrs Adan Vargas was the first woman to receive the recognition, for a gift made in 1953. Mrs Harry L Jones was the second and one of only five people recognised for contributions made in 1957.